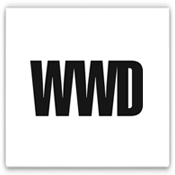 “Murphy would be a great hire,” said Elaine Hughes, founder and CEO of E.A. Hughes & Co. “He didn’t necessarily have a track record in the [apparel] industry when he was hired at The Gap,” she said. “But Gap understood that the company was full of merchants.” Murphy cut his teeth at Lobloaws in Canada, “a supermarket chain that delivered to the market some very good candidates,” said Hughes. “You don’t have a lot of U.S. executives with that exposure. You could look into packaged good companies. Starbucks has done a good job and Pepsi within its ranks has multi brand strategy. TJX has global distribution.”

Carol Meyrowitz, CEO of the TJX Cos. Inc., is admired for running 3,000 stores in six countries since 2007 and taking revenues from about $16 billion to about $27 billion. In fiscal 2013, revenues and profits grew by double digits. Hughes believes Meyrowitz or one of her deputies would be a good candidate for the Target job. “Carol Meyrowitz took care of the whole credit card issue,” she said. “However, [TJX executives] don’t leave so readily and the people closest to Carol Meyrowitz are are close to the succession plan.”

For most retailers, succession is just a natural part of a retail’s circle of life, but to the surprise of experts, Target didn’t have a succession plan in place. “Some companies circulate their management so they have exposure to all areas of the company,” said Hughes. Wal-Mart moves executives across departments and geographies. But Target doesn’t seem to have a very deep bench when it comes to talent.

Want to join the discussion?
Feel free to contribute!

J. Crew’s Challenge: What’s it Worth?